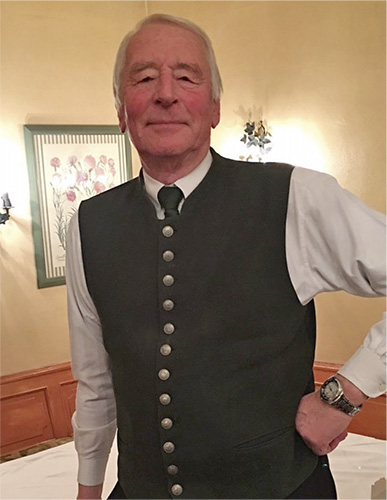 Let us take the warnings of history seriously!

There has been a long struggle for “Tyrol’s freedom” – a struggle that has taken place both on the battlefield and on the field of ideology. Today, it is no longer necessary to carry out this “freedom fight” with scythes, maces, and threshing flails like in 1809. Nor must we blow up power poles like in the 1950s and 1960s. Rather, we have to grapple with the understanding that this Tyrol – and especially the southern portion – must derive the strength from its history and its faith to serve as an example to the world that freedom can be a “holy word” despite the prosperity we enjoy.

This is why we wish to present this world. This exhibition with the significant name of “BAS (Liberation Committee of South Tyrol) – Sacrifices for Freedom” is intended to show just how alive this yearning for freedom still is in us – even though when it sometimes demands great sacrifices from us. But they are sacrifices that thousands and thousands of Tyrolese were willing to make over the course of history.

For this reason, it was a matter of course for the Andreas-Hofer-Bund of Tyrol to act as the sponsor organization for the creation of this exhibition on the events in South Tyrol in the 1960s.

Let us thus take the warnings of history seriously. Let us, as free citizens, walk upright and not be silent about the injustices that have been committed, regardless of the identity of the victims. Let us not fear to speak openly – especially when these injustices are committed by the State! Rather, we should demand that every state stand for justice.

“When the oppressed can find no justice,

When the burden grows unbearable—he reaches

With hopeful courage up unto the heavens

And seizes hither his eternal rights,

Which hang above, inalienable

And indestructible as stars themselves!”